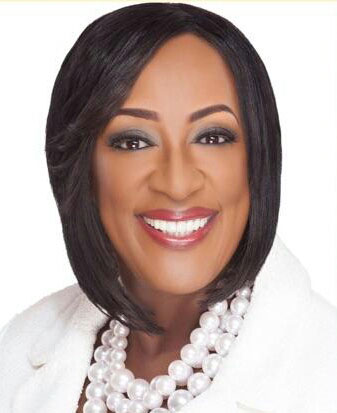 Rev Dr. Gwendolyn Elizabeth Boyd is an engineer and is described as a dynamic and relevant leader, a prolific motivational speaker, a powerful preacher and a prominent advocate for STEM (Science, Technology, Engineering and Mathematics) education.  Boyd is a native of Montgomery, Alabama and received a full scholarship to attend Alabama State University where she graduated summa cum laude with a Bachelor of Science degree in mathematics with a double minor in physics and music. She received a full fellowship to pursue graduate studies at Yale University where she was the first African American female to earn a M.S. degree in Mechanical Engineering from this Ivy League institution. She earned both the Master of Divinity and the Doctor of Ministry degrees from Howard University. Additionally, she has been awarded an Honorary Doctor of Humane Letters from Lincoln University (2004), Bennett College (2004) and Kentucky State University (2019) and an Honorary Doctor of Laws from the University of Arkansas at Pine Bluff (2019).

Boyd’s professional career of more than three decades at the Johns Hopkins University Applied Physics Laboratory was highlighted by exemplary leadership and dedicated service as part of engineering teams. Early in her career, she was an analyst in the Strategic Systems Department, where she was a part of teams that conducted independent analyses an operational performance evaluation of Strategic weapons Systems on Polaris, Poseidon, and trident submarines. Later she became the Assistant for Development Programs and Executive Assistant to the Chief of Staff. She was selected to serve on the inaugural team of the Johns Hopkins Diversity Leadership Council (DLC) for Johns Hopkins University (1996) and served as Chair of the DLC from 2001-2013 reporting directly to the President of Johns Hopkins University as the Council worked on issues of diversity, inclusion, civility and respect across all the various divisions of Johns Hopkins.

Boyd is a nationally recognized champion of education, especially as it relates to STEM (science, technology, engineering and math) disciplines. In 2009, Boyd was nominated by President Barack Obama and received U.S. Senate confirmation to serve as a trustee to the Barry M. Goldwater Scholarship and Excellence in Education Foundation. On January 16, 2014, President Obama appointed Boyd and 14 other individuals to serve on the President’s Advisory Commission on Educational Excellence for African Americans. This Commission was charged with strengthening the nation by improving educational outcomes for African Americans and to ensure that all African Americans receive an education that prepares them for college, productive careers and satisfying lives.

Boyd returned to her undergraduate alma mater, Alabama State University (ASU) in January 2014 and for three years she served as the 14th and first female president of ASU. Highlights of her presidency included getting the university its very first engineering degree program with approval for a BS in biomedical engineering. Boyd and her team got the university removed from accreditation warning status with the Southern Association of Colleges and Schools Commission on Colleges (SACSCOC) which had been from previous university financial instability. The largest freshman class was documented during her tenure.

Rev. Dr. Gwendolyn Boyd is a minister and an ordained itinerant elder in the African Methodist Episcopal Church. She serves on the ministerial staff of Ebenezer AME Church in Fort Washington, Maryland. She is also a sought-after speaker and lecturer to various audiences on topics including STEM, higher education, HBCUs, leadership development, and non-profit board development.  She mentors young people interested in careers in science and engineering.

In 2000, Rev. Dr. Gwendolyn Boyd was elected to serve as the 22nd National President of Delta Sigma Theta Sorority Inc., an international organization of more than 300,000 members. During her tenure from 2000-2004, Boyd was creative and innovative leader.  She was known as the “Technology President,” as she facilitated the establishment of technology usage and capacity in all facets of the sorority’s activities and administration. Her four-year tenure as president included a number of transformative accomplishments, including the launching of Project SEE (Science in Everyday Experiences), an initiative funded by a $1.6 million National Science Foundation grant with a goal of promoting math and science for middle school African American girls. As National President, Boyd created and secured external funding for a new initiative, Leadership DELTA, an innovative year long program for collegiate members to prepare for STEM careers by introducing them to tools for workplace success and providing them with meaningful internships. She led the sorority through the process of obtaining Non-Governmental Organization (NGO) Status at the United Nations with the Economic and Social Council making Delta Sigma Theta the second African American organization to obtain this designation. With the receipt of this NGO status Boyd introduced and led the sorority to have its first annual Delta Day at the United Nations. As National President, Boyd also led the sorority’s humanitarian, education, advocacy efforts and facilitated fundraising for projects in various parts of South Africa specifically to build a group home for AIDS orphans in Swaziland, establish a computer center in Lesotho and providing a library and other school essentials at the Adelaide Tambo School for the disabled in Soweto. During her administration as President the sorority published a cookbook “Occasions to Savor” featuring vetted recipes from throughout the sorority’s membership. As the 22nd National President, Boyd led the fundraising effort to pay in full a one million dollar donation to Howard University in honor of Delta Sigma Theta Sorority’s Founders and to provide academic scholarships at Howard University during the sorority’s  90th anniversary celebration in Washington, DC.

For her many and varied contributions to the community, Rev. Dr. Gwendolyn Boyd has received numerous honors, awards, citations, commendations and tributes. These include, but are not limited to recipient of: The Carver Medal from Simpson College; Chancellor’s Award from North Carolina Central University; numerous Congressional city and state recognitions; “Keys to the City” from 38 cities; a “Key to the State of Florida”; declaration of Gwendolyn E. Boyd Day in eighteen cities; selected as part of a permanent display at Johns Hopkins University entitled, The Indispensable Role of Blacks at Johns Hopkins; Presidential Award from the Black Women’s Agenda; Living Legend Award from the Greater Nashville Black Teachers Alliance; The Spirit of Rosa Parks Courage Award from the Southern Youth Leadership Development Institute; The Yates Achievement of Excellence Award from BFSA at JHU; The Trailblazer Tribute Award;  The Voices of Democracy Leadership Award from the Committee of Ten; Powerful and Influential Woman from the Alabama Diversity Council; and many other civic, leadership and professional awards for her achievements in the fields of engineering, higher education and community activism.